Here at C.G. Godfrey we carry out a diverse range of civil engineering projects in various areas of the country, utilising our own heavy plant and directly employed, fully trained workforce.

Here's a small selection of projects we have carried out:

Major Maintenance works on a 300m long, 18 span bridge over the navigatable  river Witham near Woodhall Spa in Lincolnshire.

Scope of Works: Establishment of traffic management, removal and replacement of existing surfacing, kerbs, service ducts, street lighting and deck waterproofing. Concrete repairs to top and underside of bridge deck & repair & repainting of steel props & parapets. Work has been undertaken in two phases (East side/West side) in order to maintain a traffic route. Concrete repairs to the underside of the elevated deck have been undertaken from both hydraulic platforms & where over water from scaffold access mounted on floating pontoons. 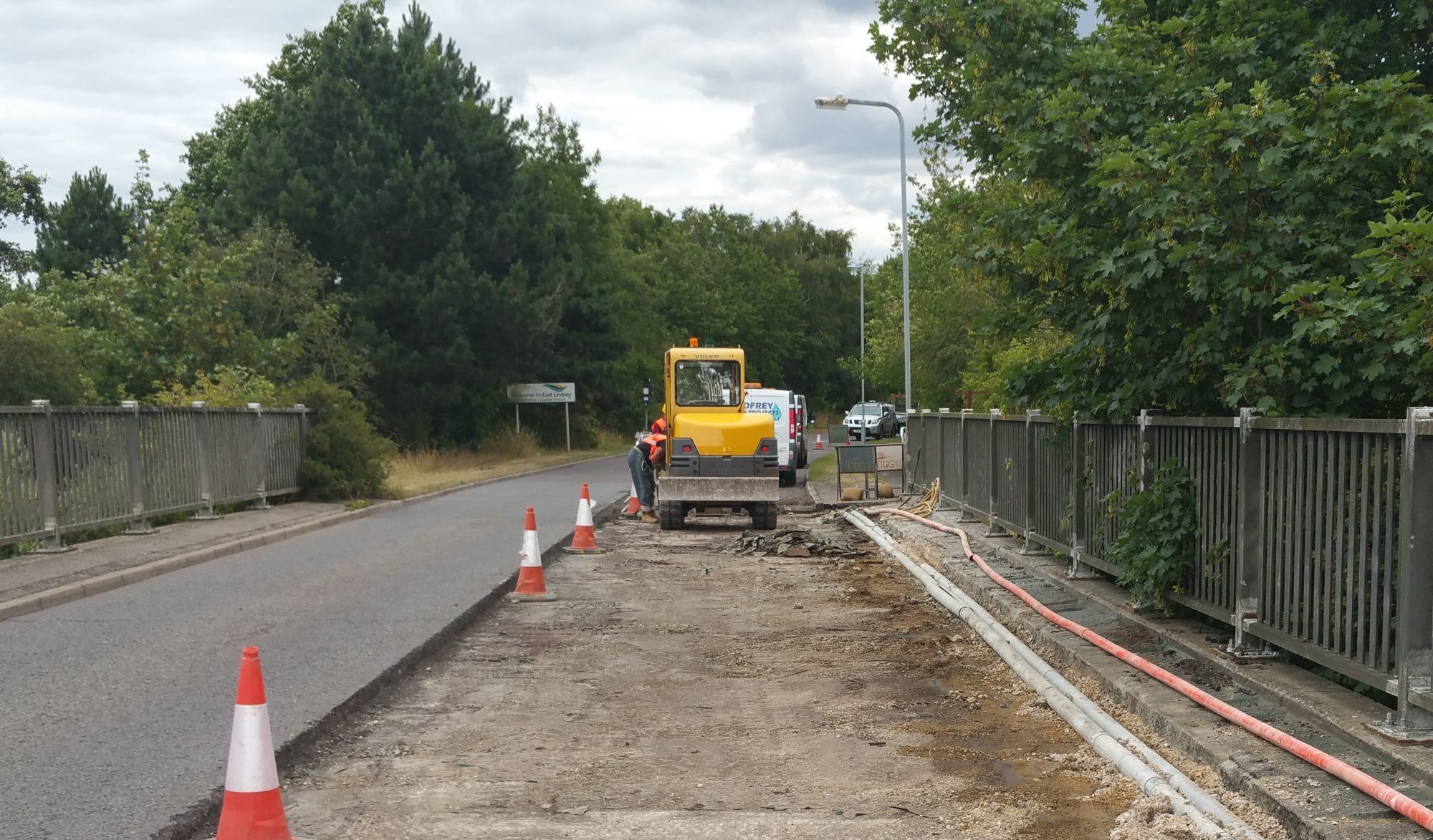 When called upon by the local authority to look at undertaking this wall rebuild, we were more than willing to help.

The existing wall had failed and was posing a danger to the public, so works needed to be undertaken as quickly as possible.

The ground levels on this site differed by approximately 1.0m from each side which added to the difficulty in this project. The design was handed to us to look at and decide the best way to undertake the work. We decided to slowly build the wall up a few courses at a time then infill this with mesh reinforcement and concrete to give the wall the strength enough to retain the higher ground on the other side. 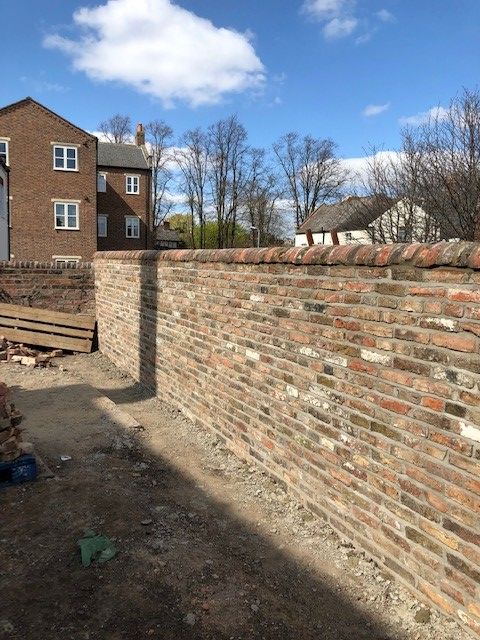 The main criteria, however, was to find locally manufactured reclaimed bricks that would be in keeping with the surrounding buildings and utilise as many as the existing bricks and copings as possible.

Upon completion the client was more than satisfied with the end result, as were the local residents.